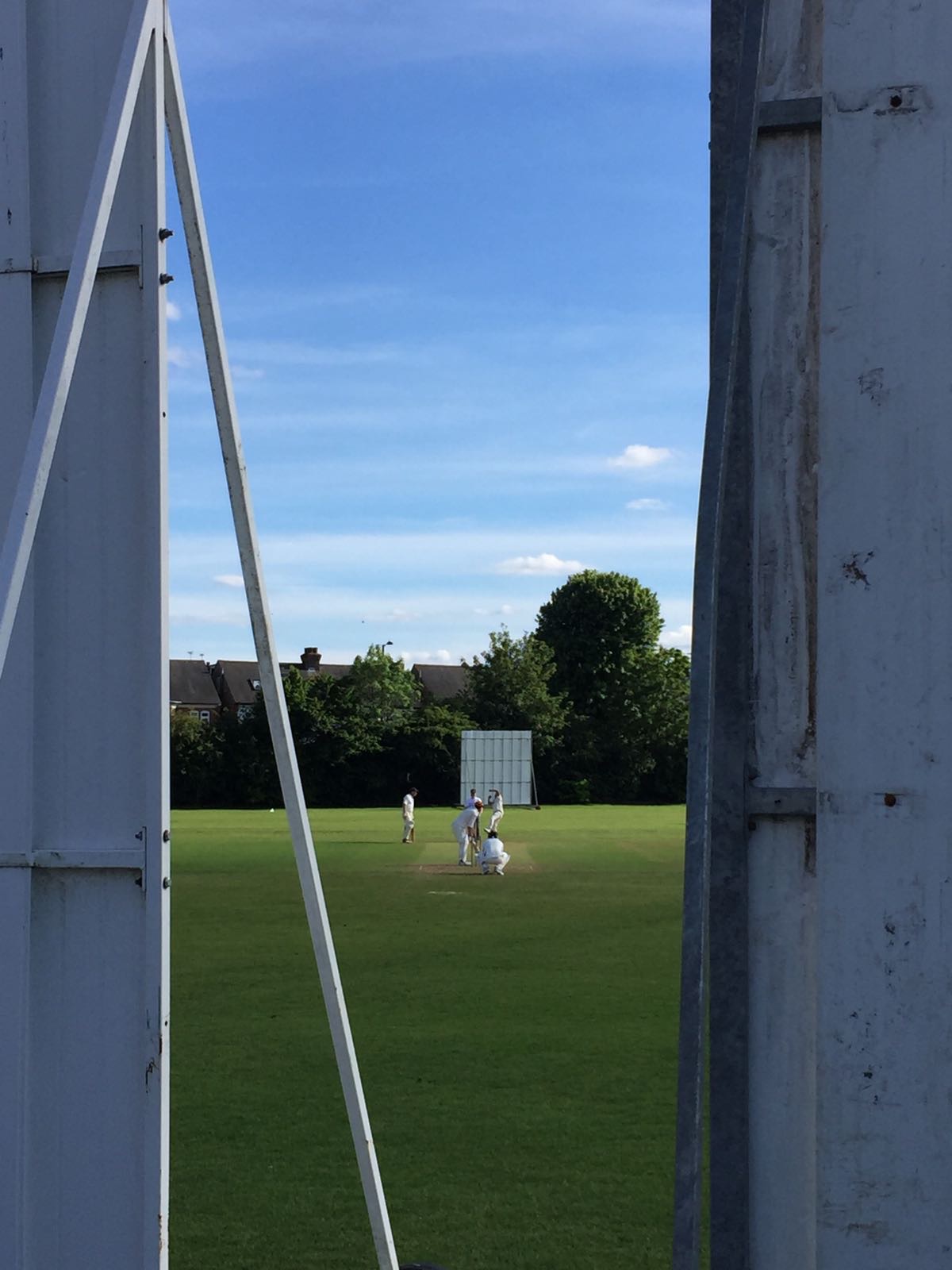 Match report courtesy of the Tigers

This was originally going to be another amusing report by one of our many celebrity correspondents. However, following an editorial decision it was decided that this contest was not worthy of such a presentation.  If our readers want to know how the match went, then rewind to the report on last year’s fixture played on 8th May 2016 – pretty much the same.

On Sunday morning the Tigers had a squad of 12. Two players then reported injured, with a third stranded at a wedding reception and no transport available. Organic waste happens. None of this was pre-arranged. With the match due to begin at one o’clock the opposition were all changed and ready to go. At a few minutes to one there were five Tigers on the ground. Traffic conditions may be bad in north London on a Sunday lunchtime but it didn’t seem to affect Graces.

The nine remaining Tigers were augmented by Jack Goodrich from the Winchmore Hill under-13s. Their best chance was to bat first, with what looked a reasonably strong line-up, and post a big enough total to make the match competitive. Sadly, Richard Burgess lost the toss and the Tigers took the field with a bowling attack of Webster, Sikandar, Goodrich, Bignell and Carter, with Chris Wright unfit to bowl and Matt subject to injury management, plus three fielders with mobility issues.

n the circumstances they all did extremely well to restrict the visitors to 226, everyone getting among the wickets, with a rejuvenated Carter the pick at 2-28. At one point Graces were 31-3, with a bonus of Saturday league batsman Assad run out for one after what the Spanish might call a Ruptura De Comunicaciones*. Ali Sikandar bagged two wickets and should have had a third when Niroshan was brilliantly caught behind standing up by Garret O’Brien, only to be reprieved by the umpire. Mahender then cut loose with 61 and, despite Carter’s spell pegging them back, Dominic and Manish posted 21 apiece for the eighth wicket as everyone tired in the warm sunshine.

The Tigers never threatened with the bat, Ian Porton living dangerously for 22, before being bowled walking down the pitch, following Wrighty in identical fashion. Garret stuck it out for 12, but once again it was Jimmy Carter who top-scored with 24. The opposition were as chivalrous as their name suggests, allowing Jack two innings as Tigers were a batter light – he played well to make 12, adding to his earlier wicket. Jimmy was last out with the score at 126, agreed by both teams beforehand. Not quite a waste of time, but close.