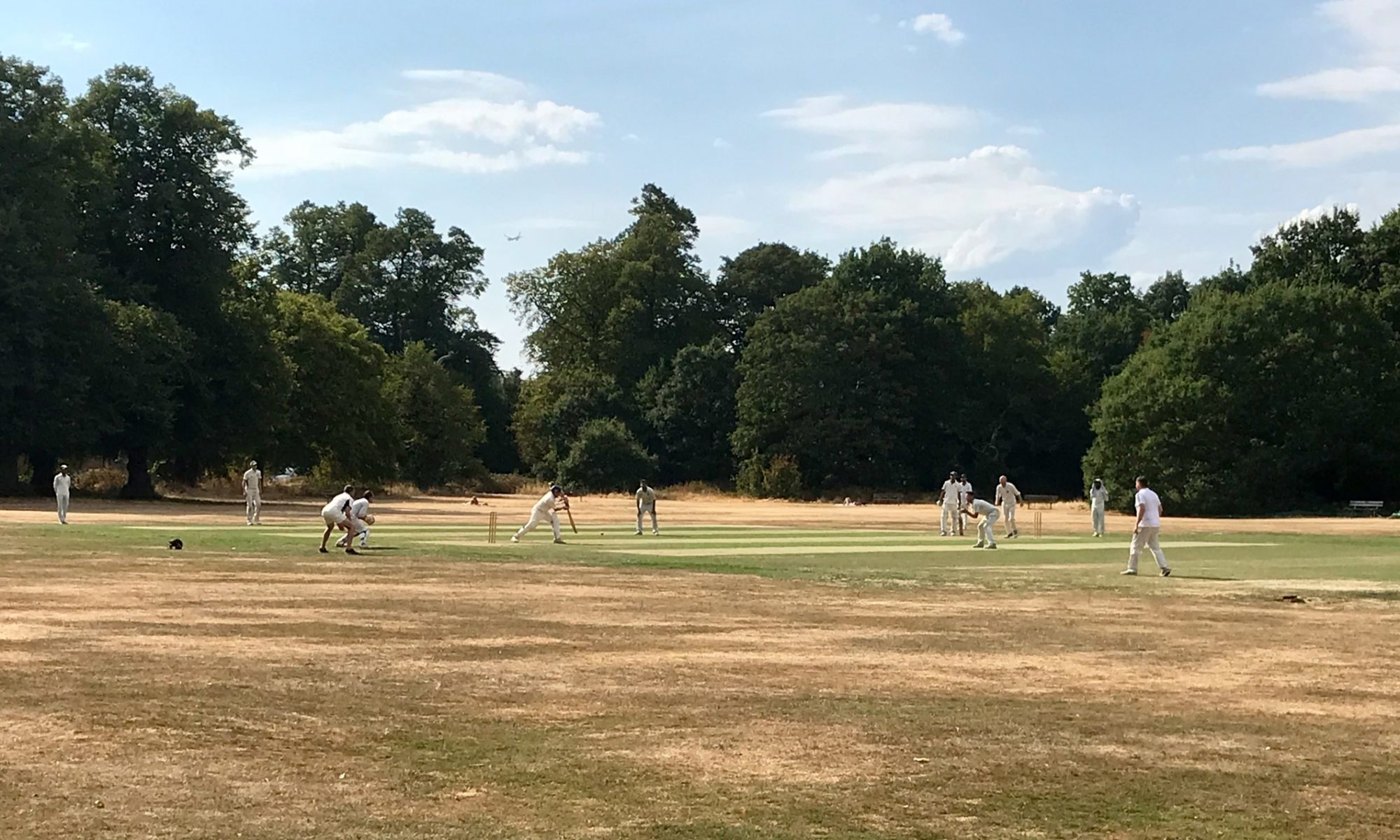 Share
Due to a team dropping out last minute the T20 has been cancelled – Graces however are now playing Roehampton instead.
They play on Telegraph Road on the corner of Wildcroft Road PutneySW15 3TU
http://www.roehamptoncricketclub.com/

After the T20 tournament was cancelled we thankfully managed to get a game on the bank holiday Monday against Roehampton CC (not the bats!) at their ground where we played our 2 day test match. They are actually new opposition for us.

The weather was very different to that occasion , overcast and cool as we were invited to bat by our hosts on a very green strip – Jess was playing her second game for us and newbie Jesant was making his debut. Mahender and Neil opened – both of whom attacked the bowling with some big hits taking the score rapidly to 72 in only the 10th over before Neil was caught for 21. Mendis in a 3 continued the attack as the hosts bowlers lacked consistent accuracy.

Mahender was enjoying himself with some crunching hits and when Mendis was caught for 27 in the 19th over we were on 143 for 2 and in a great position for a defendable score. Newbie Jesant batted well for a stylish 36 and Stuart chipped in with 13. In the meantime Mahender had reached an entertaining unbeaten century (15 fours and a six) and retired.

Newton scored a quick 23 and Jess a nice cameo 6 before we reached tea at 258 for 8. Roehampton’s bowlers kept going but were unable to keep Graces in check. A lovely tea was then taken in their cute clubhouse.

So our hosts needed 6.45 per over – a challenging target. The openers were both very youthful (teenagers) and when Newton’s very first ball of the innings was crunched through the covers for a boundary by Saqib Graces realised they shouldn’t be overconfident.

This opening partnership then kept the score up with the run rate as young Gerlach played a perfect supporting role to Saqib who Graces quickly noticed was a talented and attacking bat. The 10th over arrived with the total at 54 and. Mr Saqib then decided to accelerate the run rate as anything remotely wide or short was despatched to the boundary – Graces were wondering how to stem the runs as the bowling was rotated to no avail. A couple of catching chances were given but we couldn’t hold on to them until Stuart finally caught Mr Gerlach for a patient 44. 129 for one in only the 22nd over , slightly behind the run rate required.

The Roehampton number 3 Hattea (25 runs) continued the attack until Mahender took a  smart catch in the covers. 169 for 2 after 27 overs. 2 more wickets fell including Jess’s first for Graces leaving the score at 197 for 5 after 32 overs. If we could see the back of Mr Saqib we could still take the game and when Mahender caught him off Jess for a very entertaining 105 we thought it was the turning point.

However stocky Saleem in at 6 had other ideas as he quickly hit 41 in no time at all – the ball was sailing over the boundary in his murderous onslaught. He took a liking to all our bowlers as previously tidy figures were readjusted!  This took the wind out of our sails as Roehampton scored the winning runs in the 38th over with 6 wickets down.

So a great match against very welcoming and sporting hosts – we’d love to return next season. We had a great turnout of supporters and plenty of positives to take away from this match – Jess was player of the match with 3 wickets (including their centurion) bowling extremely well under pressure and Jesant will hopefully like to be involved with Graces in the future – thanks to Alban for scoring.

Next week we make our debut at the HSBC ground – weather permitting!