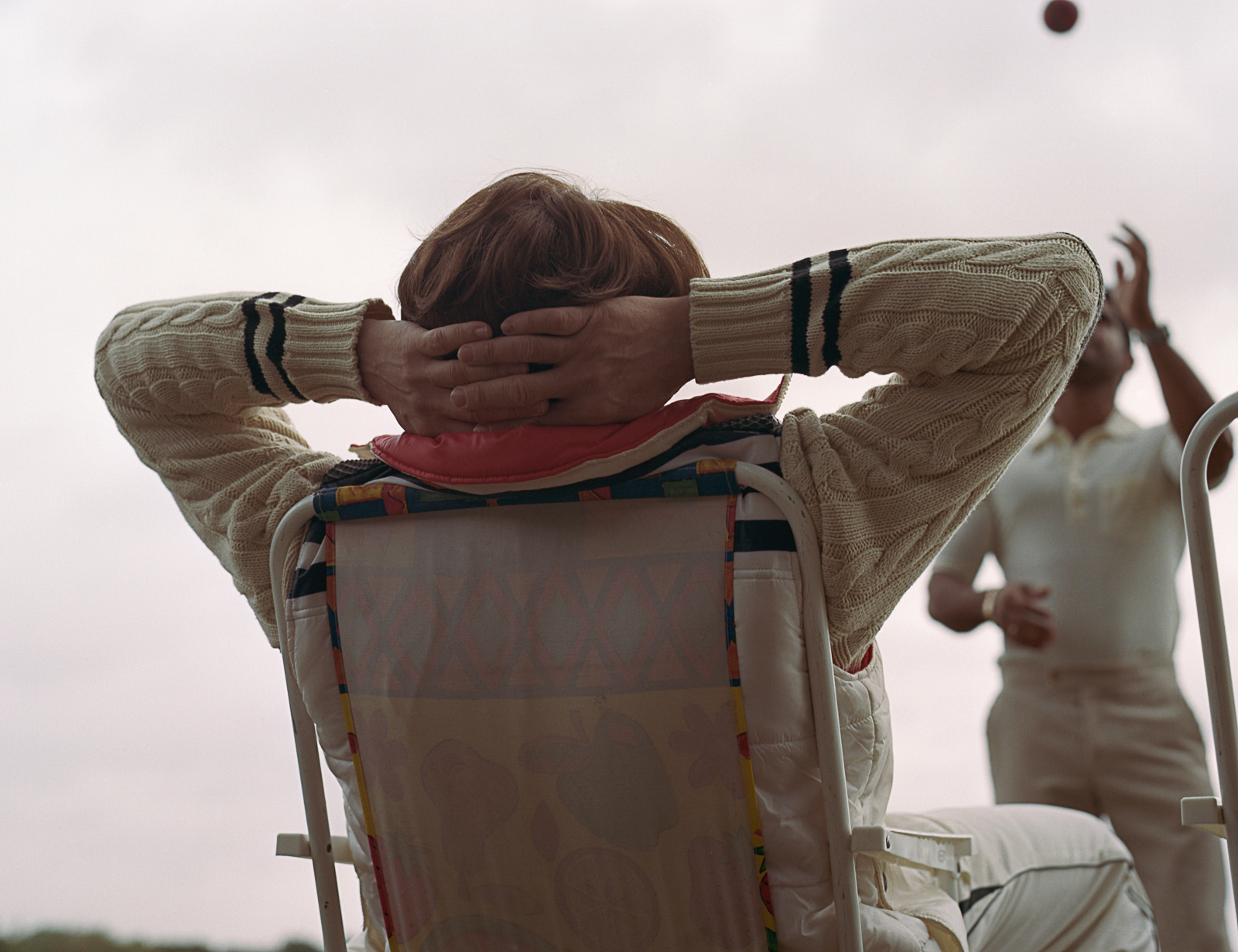 Our previous visits to the welcoming Kingstonians have produced very close games and this season curtain raiser proved to be no different.

The weather was kind to us with some warming sunshine and late teens temperature-wise. Mahender started his season as captain by winning the toss and deciding to bat. The host’s ground is in a nice setting with a great traditional pavilion and a true wicket.

Niroshan and Scott opened our innings facing the line and length KCC’s bowlers who produced some swing and bounce. Scotty hit 2 well timed boundaries before being bowled off an inside edge – 13 for one in the 3rd over. Stuart , in at 3 , batted positively as usual taking the score to 38 in the 9th over before Niroshan unluckily played on attempting to pull a short ball for a tidy 14.

This bought the skipper in who took on the bowling with some lusty blows. Together with Stuart this partnership flourished taking the score to 93 in only the 16th over before Stuart was LBW for an entertaining 36.  93 for 3 became 97 for 3 as Mahender was caught for 26. Leo hit a lovely 4 before edging behind and KCC came right back into the game when Newton fell for 15 closely followed by Sam.

Graces were in big trouble at 117 for 7 in the 22nd over and the hosts were keen to mop up the remaining wickets. Aussie Neil, making his debut, came in at 8 and together with Jonners at 9 had the task of getting Graces innings back on track. Neil signaled his intent by half volleying his 3rd ball back over the bowler’s head for a crunching 4. This was the start of a batting onslaught from him which saw the host’s bowlers dispatched to all parts of the ground with some big hitting. Our supporters (another great turn out) really enjoyed this entertaining innings as the score advanced rapidly – Jonners provided support by rotating the strike and hanging around.

After reaching 51 off only 38 deliveries (7 fours and 3 sixes) Neil found the only man on the long on boundary who took a fine catch. This important 8th wicket partnership of 58 took us to 175 in the 31st over and a defendable total looked possible. Matthew in at 10 took an immediate liking to the loopy spinner and was bowled – 175 for 9. Asad came in at 11 and together with Jonners kept the score board moving with an invaluable last wicket stand of 32 taking us to 207 all out in the 35th over. Asad hit 17 with some very cheeky running! Kingstonian’s bowlers performed well extracting some bounce from the strip.

After a welcome egg sandwich heavy tea Newton and Asad opened our attack with some accurate bowling – Asad picked up the first wicket LBW – 23 for one in the 6th over. Montgomery the seasoned number 3 joined the remaining opener, Jawed, who batted aggressively for 39 before Scotty caught him behind off Mahender. 2 balls later danger man Sohaid was bowled by the skipper to Graces’ relief – 56 for 3 in the 16th over. This became 81 for 5 in the 23rd over.

The host’s number 5, Kent, is a Canadian who was playing his first ever cricket match! He soon proved to have an excellent eye as he compiled an unorthodox 40 in a worrying partnership with the attacking all rounder Shiv. Asad finally bowled Kent with the total at 155 for 6 in over number 34. Graces were beginning to get concerned with the direction of the game and a home win still looked well on the cards until Niroshan then smartly stumped Shiv for a fine 47. Some great economical bowling in the closing overs saw KCC unable to get past our total finally running out of time at 196 for 8.

So an entertaining win by only 11 runs – a memorable debut by Neil , as well as two good catches he bowled tightly in the final overs. Mahender picked up 2 key wickets and Matthew 3. Asad had a good day – as well as the vital last wicket stand he also took 2 wickets. One concern was our catching today as we uncharacteristically put down at least 8 chances of varying difficulty.