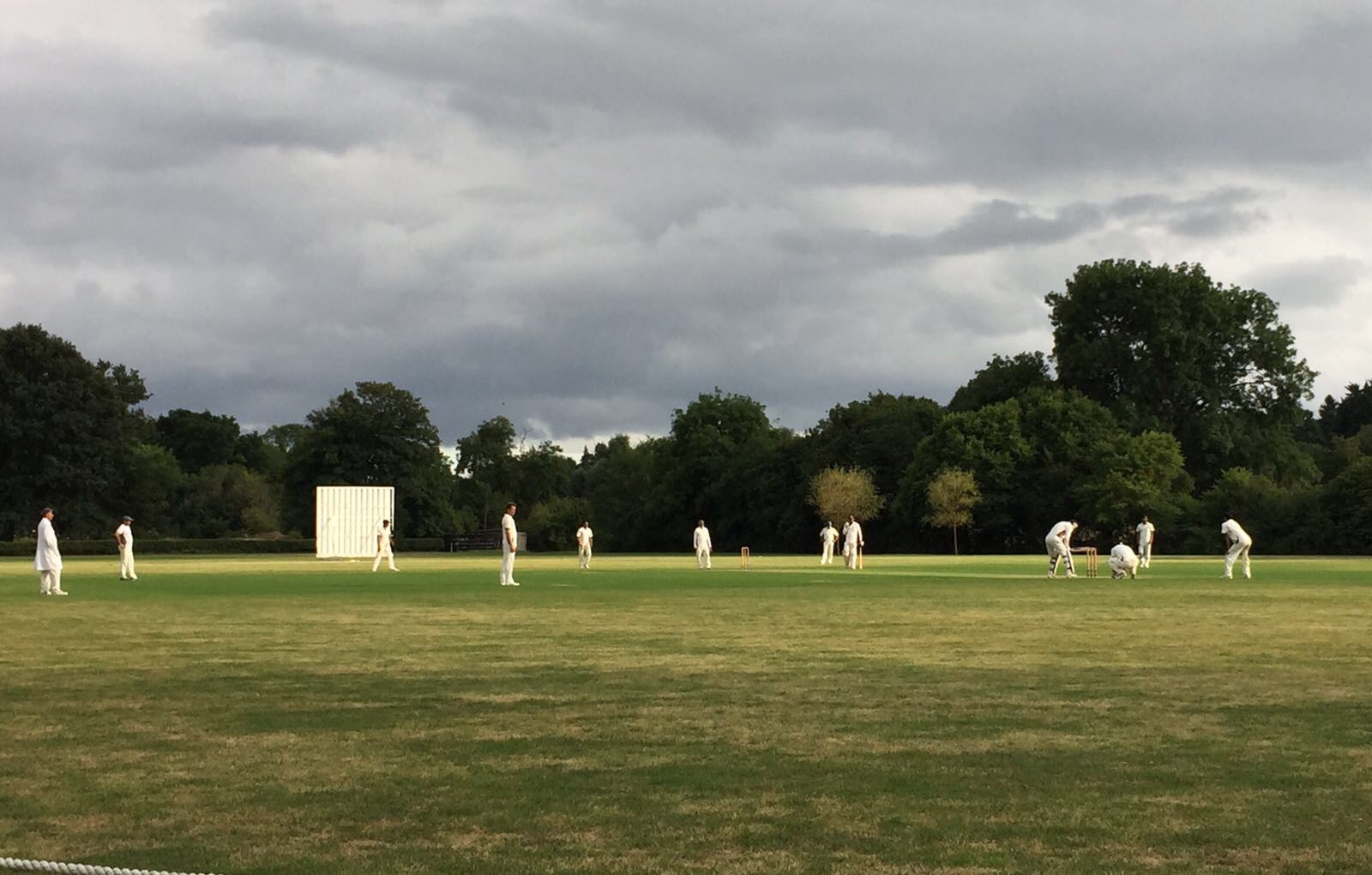 Batting falls short as the Wombles win by 5 wickets

This season’s visit to OWCC carried additional interest as ex-Grace Dean was captain of the hosts. The toss won Mahender opted to bat with Naroshan and Scott opening in the sunshine.

The host’s youthful bowling proved to be accurate not presenting us with many loose balls – Scott was caught by Dean with the score at 15. Wickets fell regularly with no-one really getting going until Neil and Newton were partnering at 77 for 4 in the 21st over. Neil played his usual attacking innings for a rapid 42 until he was bowled. Newton tried to keep the momentum going but was bowled for 22 – 132 for 6 in the 30th over.

After this nobody really got going and we were all out for 156 in the 37th over.

Ironically Dean was suffering from a shoulder injury and didn’t bowl at all!

After the usual fine tea the hosts took up the chase with the openers playing very well compiling an opening partnership of 90 in only the 15th over making light of our attack. Like last season the sunshine turned into a persistent drizzle dampening our spirits a little.

A clatter of quick wickets raised our hopes briefly until Dean came in and took OWCC past the post with an unbeaten 22. We lost by 5 wickets with 9 overs left.

So we were well beaten but our hosts are very hospitable with Dean buying us a jug.