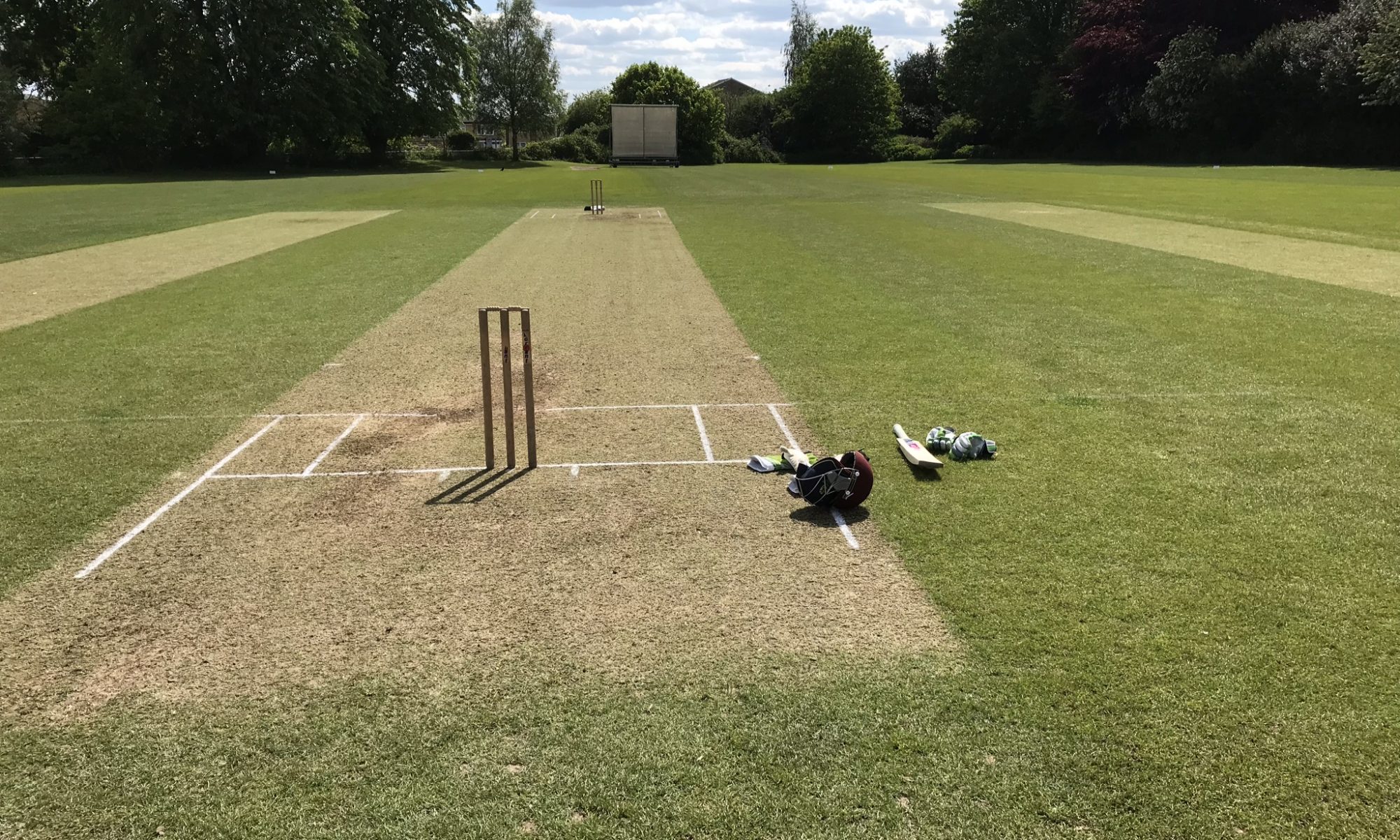 Two games on a Sunday means two match reports in the week.

With thanks again to (the very modest) Matt Earl who makes it two reports in as many weeks. From what I hear “smart low catch” doesn’t come close to doing it justice!

So the first league game was finally here for Graces. On the momentous day of having two sides, the league XI hosted the youthful 2nd XI of Ickenham.

With Graces batting first, eyes turned to Matt and Mahender to get Graces off to a good start. This would not be the case, with Matt swiping and missing at what could only be described as a waist high full toss pie and seeing and being bowled for a second ball duck. Jesant, fresh from a half-century last week, would come in and play some textbook drives, in support of Mahender, who was hitting some powerful boundaries as the rebuilding partnership hit fifty. Moments later, Jesant would depart for 27. Nadeem would be the next to support the ever aggressive Mahender, who would eventually go for one shot too many to be out for a quick fire 34.

Another rebuilding partnership would occur from Nadeem and Mendis, with the tempo in the running vividly changing and the run rate starting to rise quickly, with Ickenham rotating a number of their younger bowlers. Another fifty partnership would soon follow, before Mendis would be soon bowled for 28. In the space of a couple of overs, Nadeem (26) and Niroshan (10) would continue the trend of making starts then getting out, leaving the Graces innings hanging in the balance at 139/6. Cue the partnership of the match between Newton and skipper Stuart. The combination of Newton’s boundary hitting with Stuart’s aggressive running between the wickets, allowed Graces to change the mood of the innings. Stuart gave the hosts a few heart in mouth moments, including nearly being run out of deciding to hit practice shots after missing the ball, and nearly again after deciding to run back up the wicket to pick up his hat that had blown off, whilst the ball was being thrown back in. The partnership would see the innings clear 200 and Newton making a better than a run a ball fifty. Stuart would eventually depart in the final over, with Newton being run out from the final ball, to finish the innings on 229/8 from 45 overs, a score that looked very far away at one point in the innings.

Ickenham, down to ten men because of injury, had a couple of first team players making second team appearances and sportingly adjusted their batting order to continue to promote their youth, but still had one of the first team players, Newey opening the batting with talented youngster V.Nair. A couple of huge hits, including a whopping six from Newey in the opening overs certainly turned a few heads, not helped by Chris limping out of the attack after the opening over. Ari was still determined as ever opening at the other end and took the crucial wicket of Newey, helped by a very smart low one handed catch from Matt behind the stumps.

Newton, after his batting heroics, was holding up the other end very well, using a good mix of swing and cross-seam deliveries, to bring himself a wicket. Although, V.Nair was looking very assured with a flurry of boundaries, hitting 40 of the first 56 runs in the innings. Ari would again prove his worth taking the second crucial wicket, to dismiss the dangerous V.Nair. A recovery partnership then came from 14 year-old keeper Marner and Kanabar, seeing Newton out of the attack, who was replaced by Mamun.

The slow bowling changed proved a match turner as the run rate began to slow. In search of extra runs, Marner would go for one shot too many and would be bowled to give Mamun the first of his three wickets, with A.Evans chipping one up to Newton soon after. Not to be outdone, Ari, late into his spell would grab his third, with an LBW, to finish of figures of 4-38 from his 10 overs. Mahender would be Ari’s replacement, with Mamun still occupying the other end. Mamun would become the second bowler to three wickets with an LBW of Lupton.

E.Evans would be the last of the first team players to bat and had a lot of pressure on his shoulders with the lack of partners left to come. The game would be all but Graces when Mahender dismissed him for 20, leaving the final pair with an almost miracle situation. With one wicket left to take, who would Stuart turn to? Perhaps himself, or take advantage of the remaining overs from Chris, Newton or Mahender? No, instead he turned to Nadeem. As it happened, Nadeem needed just one ball as N.Nair would deflect the ball onto his own stumps to finish the innings and give Graces an 85-run victory to begin the season. A superb victory considering things could so easily have tumbled downhill at one stage.

All eyes turn to the next fixture, an intra club match at Broxbourne.