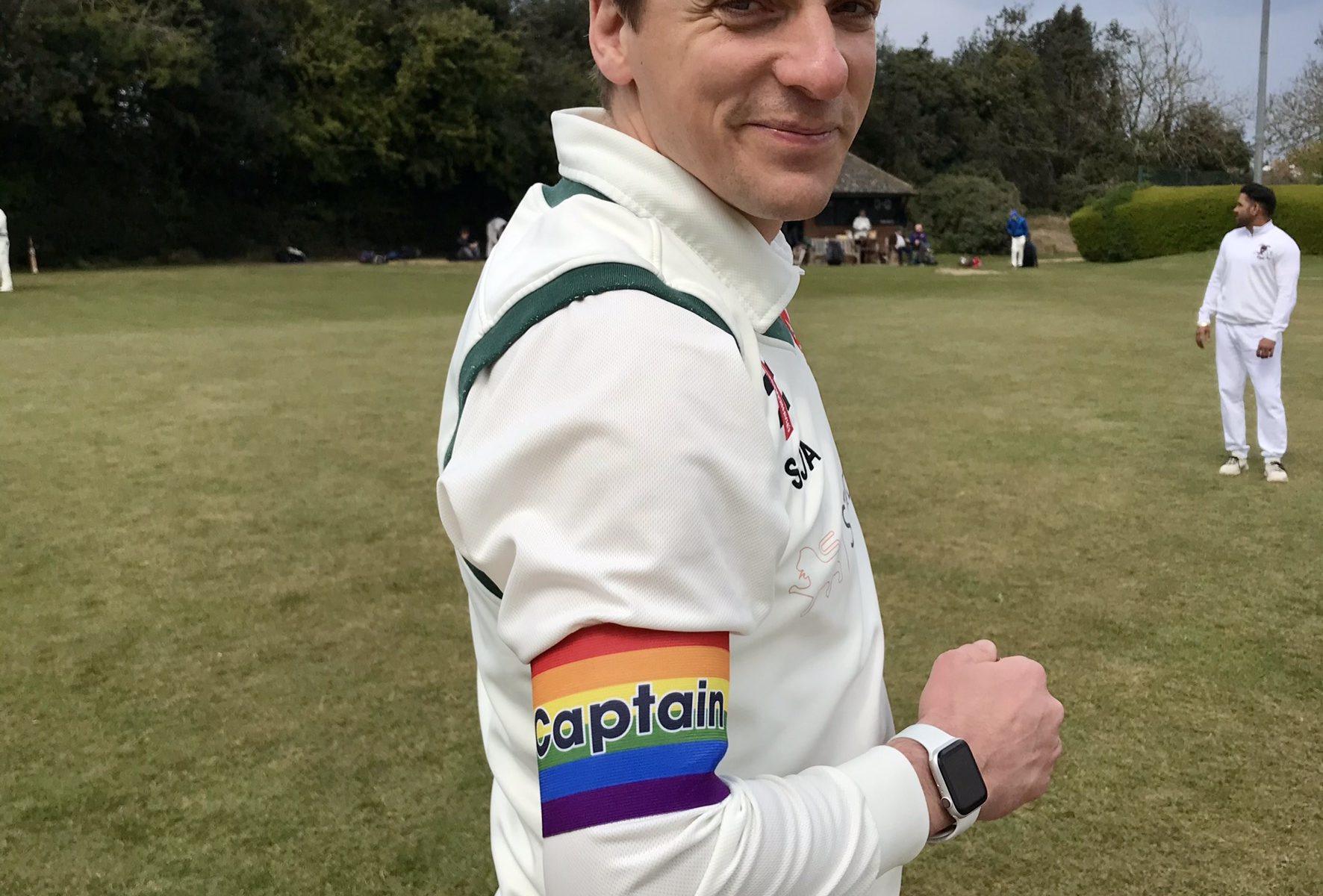 After the euphoria of our trip to Birmingham it was back to Broxbourne as we welcomed our great friends from South Loughton – this is the first time we have hosted them and are proud to have such a top notch ground to welcome them to as our home.

Our guests included their usual mix of promising colts , athletic youngsters and veterans!

It was like a winter’s day in Hertfordshire as the previous weekend’s sun and 28 degrees had sadly disappeared! In the 100% cloud cover and a chilly 15 degrees Stuart won the toss. The dampness of the wicket and the hope of things drying out over the day was enough reason for us to field first.

Graces arrived in good time and had a lengthy fielding practice session before the game led by Noddy. We were supported throughout the afternoon by some of our fab supporters and partners including James , Pat , Robert and Michael.

Chris Sherwood and Newbie Simon opened our bowling attack and proceeded to both bowl all the way through their 8 overs – They bowled really well restricting the visitor’s score to 28 in the 9th over when Chris bowled opener Soomro for 8. Hill (S) the other opener had been the main scorer – he was joined by Hill (L) – possibly related – these two batted well in the damp overcast conditions accumulating steadily.

Our fielding practice had unfortunately had the opposite to the desired effect as we spooned the first 4 chances of the innings – unusually generous of us!

Two quick wickets (we remembered how to catch!) saw both the Hills back in the away gazebo with the score at 97 after 28 overs for 48 and 41 respectively.

Noddy and Mahender had been our first change bowlers and continued to make our guests work for their runs – the damp outfield resulted in many firm shots pulling up before the boundary line. Mamun and Jesant finished our overs.

We had hoped to restrict the target to below 150 but skipper Chughtal supported by youngsters Luke and Edward took the attack to us with some big hits reaching an entertaining fifty in the penultimate over – this late acceleration took the visitor’s final total to 176 for 4 – well below par on a hot sunny day but in the damp conditions would it be defendable?

The wickets had been spread around with Chris only conceding 19 runs for 1 wicket off his 8 overs and Mahender taking 1 for 18 off his 6 overs. So a respectable bowling performance but we’ve definitely had better fielding days!

After the now customary al-fresco BYO tea Mahender and Stuart strode in to open our innings. However we were soon in big trouble as we were mesmerised by opening bowler Mann who tempted our batsmen into playing at wide deliveries edging to Edward at first slip who showed us how to do it , taking 4 sharp chances (he might have had 6!) Only Stuart and Leo reached double figures as the disbelieving supporters saw us crumble to 35 for 7 after 12 overs!

It was definitely time to start a rain dance as surely this was the only thing to prevent us sliding to a heavy defeat! The rain stayed away however.

Chris in at 9 had probably hoped that he’d be able to put his feet up for a bit longer after his bowling stint then joined number 8 Jonners at the wicket  – the first job was survival.The visitors wanting to put us out of our agony kept their openers Mann and Smith on for their full allocation – Jonners had a life when he was was dropped in the slips then dug in to support Chris who after the openers had been seen off decided that attack was the best form of defence.

Thirteen year old ‘Munchkin” Kabir took over the bowling together with fellow colt 14 year old Shah – Graces enjoyed the respite and Chris took advantage of some loose deliveries with a range of pulls and drives giving us something to cheer about as our score became slightly more respectable.

Supported by Jonners he took the total to 79 in the 20th over adding 44 for the 9th wicket frustrating our visitors. Soon after drinks Jonners was LBW bringing Simon in at 10. He took the attack to our guests with some nice drives until a mix up resulted in Chris being run out for a fine 38 proving his all-rounder abilities.

After the game we enjoyed socialising with our visitors who weren’t gloating too much when they revealed that this was actually their first win over us in all our contests!

Thankfully this wasn’t a league game and it’s rare that we find ourselves in such trouble batting – it’s also good to know that we have resilience in the lower order.

It’s back to the league next week