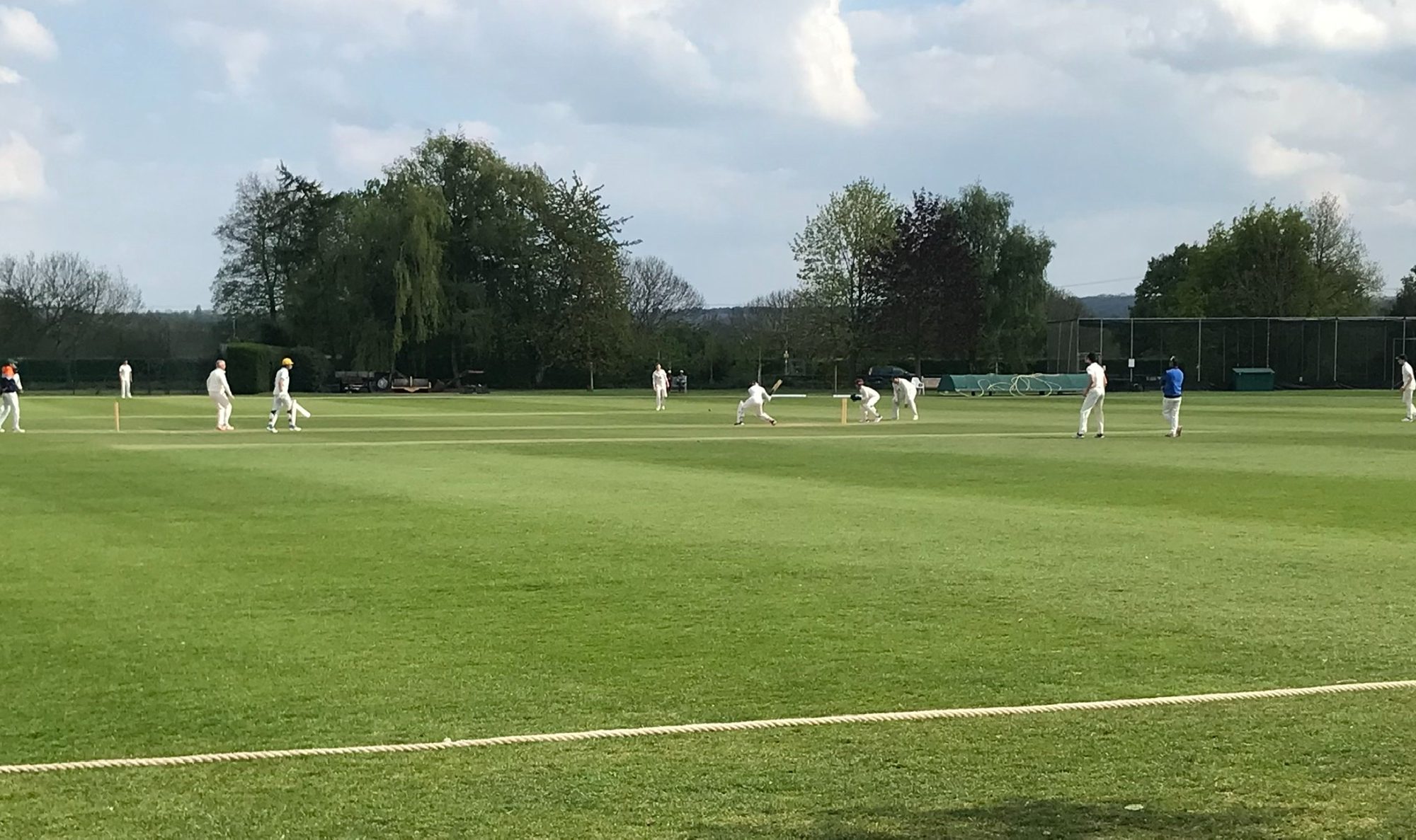 Match report vs. Finchley CC (8th May 2022)
We got knocked down, but we’ll get up again.
They say that a good game is a short game. By that metric, Graces vs. Finchley CC at Broxbourne on Sunday 8th May delivered the goods.
Played in good spirits and against an immensely strong opponent, Graces can hold their heads high despite losing their opening league game of the season by 10 wickets.
A beautiful sunny day greeted both hosts and visitors at Graces’ adopted home ground Broxbourne, awash with our ever faithful supporters. Special mention and thanks to Rob K who battled the various bus replacements to be there and score the game.
Stepping up to the plate as skipper for the day was the gorgeous Adam. He won the toss and elected to bat.
Our innings got off to a solid start with the aggression of Mahender and determined Boycott-ism of Ari combining to provide a platform of 47 before the first wicket fell. Mahe’s attempt to bully the first change spinner unfortunately led to a catch in the deep.
With the benefit of hindsight, Graces might have decided to bat out the two first-change spinners for Finchley as they proved to be an excellent pairing. Between them delivering 6 wickets for 38 runs off 20 overs.
One of them, a leg spinner, ended with figures of 4 for 15 off 10 – including a spell of 3 wickets for just 4 runs off his final 7 overs! A highlight of that spell was probably the wicket of Bena: a googly pitched outside off which turned sharply and thumped into the pads of Graces’ no.4. Out LBW. As Bena said shortly after “yeah of course I didn’t pick it, I don’t expect to see a googly in Sunday league cricket.” One of the Graces batters who suggested he should have, soon found himself bowled through the gate by a similar delivery. It was an exceptional display of bowling.
With runs drying up and wickets falling at regular intervals, the remaining Graces batters grappled with the unenviable task of needing to dig in whilst also needing to up the run rate to post a competitive score. The innings ended 108 all out off 38 overs. Top score was Mahender with 34, followed by Jesant with 23.
Following tea, Graces took to the field with an appropriate mix of gallows humour and determination to put up a good fight. The bowling and fielding was solid all round. Unfortunately the Finchley openers, buoyed by a few early boundaries and the freedom of chasing a low score, found their stride early on and chased down the target in just 12.3 overs.
All in all it was a chastening welcome to the Chess Valley Division 2 for Graces, but we’re more than just a club chasing results. Keep our heads up, continue to play in the right spirit, and more fruitful Sunday afternoons will come our way.
Next up is a special occasion: the return match against Birmingham Unicorns. It’s sure to be a great day. See you there!
Mark
Tuesday 24th May 2022