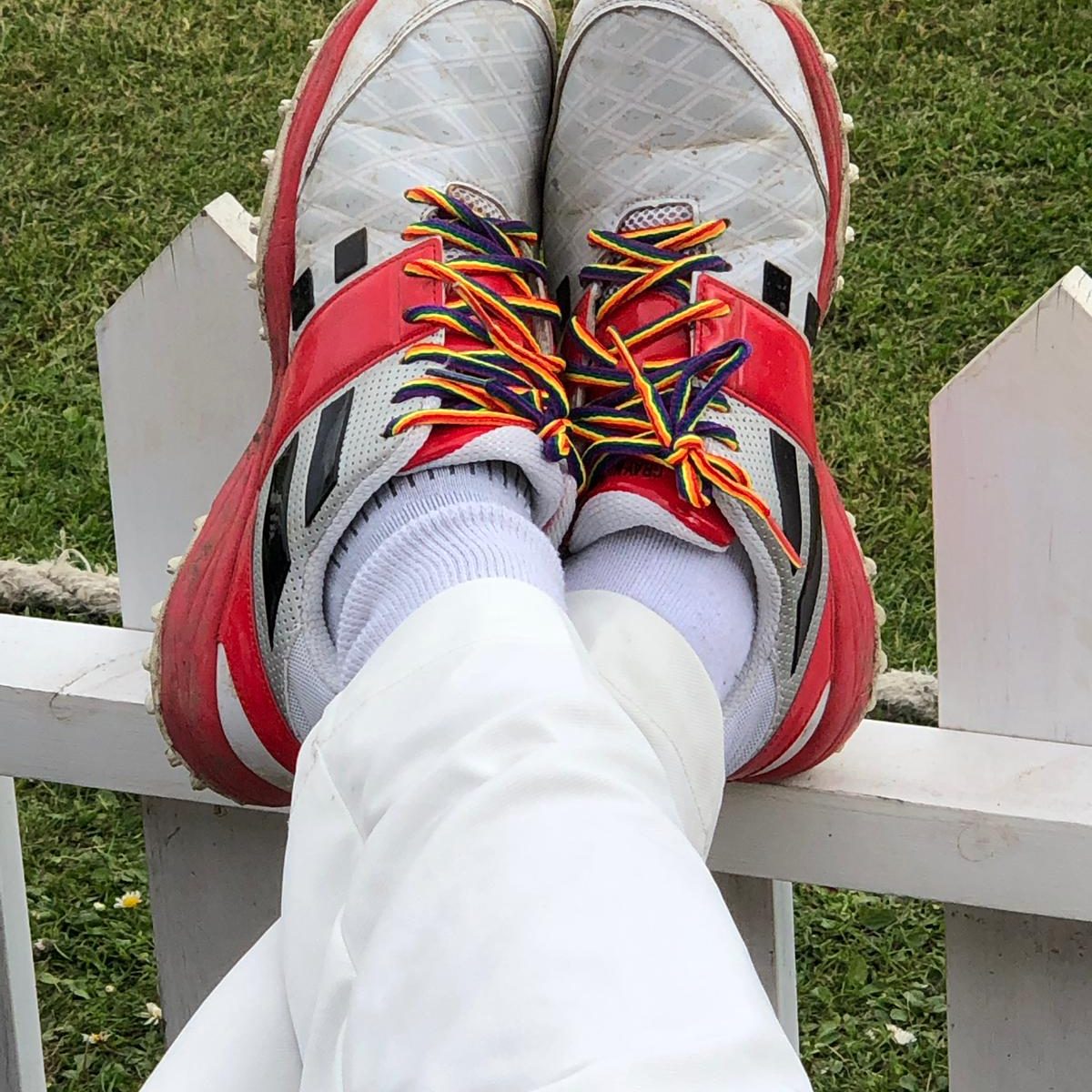 Share
Match Report 15 May 2022: – Thanks to Ari for writing this one!
U N I C O R N S vs G R A C E S
Before I continue, I would like to say that I am really pleased to be asked to write the match report for a game that we anticipated to be a substantial joy between two LGBTQ families. We were all in cloud nine until the rain cloud turned us down ominously.
A big shout out to all the supporters who came over to enjoy the spirit and bliss of the game. We also have introduced the game to some new supporters and their feedback was positive.A newbie Jimmy is keen to join Graces.
Unicorns travelled all the way from the Midlands and marched towards Graces’ territory at Broxbourne in the hope to win the “The Spirit of Inclusive Cricket Trophy”, which at present is on Graces throne.
After a pleasant Sunday morning, the weather in the afternoon did not look very promising to have a fantastic day for cricket. However, having been put into bat, Matt and Manish strode out to open the batting on a pitch that looked fabulous for batters to knock around. Young Tom from Unicorns came steaming from the far end with a very good pace that slightly dazzled the openers, but Graces held tight with some beautiful shots from Matt who eventually got bewildered against a fine out swinger that took the off stump, from the Unicorns leader Lachlan Smith, scoring 27. Manish didn’t last long as he tried to be inventive and lofted a rather slow delivery from Sam Long to short fine leg.
Now, the muscled Mahendar came at number 3 and took complete charge like a gladiator in an amphitheatre, blistering the leather in all directions with a quickfire 52. Cunning slow right armer Sam seems to have managed to play the trick again. Classical Mendis at 4 didn’t survive long this time.
Ari, next, square drove a couple for 4s along with Michael who was so excited from the beginning that he had his pads on from 12.30. He could have scored a century in his mind by the time he released himself from his cricket gears.
After 20 overs, Graces were 127 for 4, and strode to the pavilion for drinks. By then, the steady rain was becoming a bit too stubborn and forced play to stop. At 16.30, with rain still falling and the radar not looking good, the captain’s got together and decided to call it off which saddened the whole set up. Nonetheless, we made the most of it by socialising, munching Pizzas from the stall and eventually we all retired to the bar to drown the disappointment that the rain brought on us.
Graces will be greatly looking forward to meeting with Unicorns, Barton Seagrave and Broxbourne for our T20 festival in two weeks’ time, which should be a great event all together! See you all then…
Saturday 13th August 2022