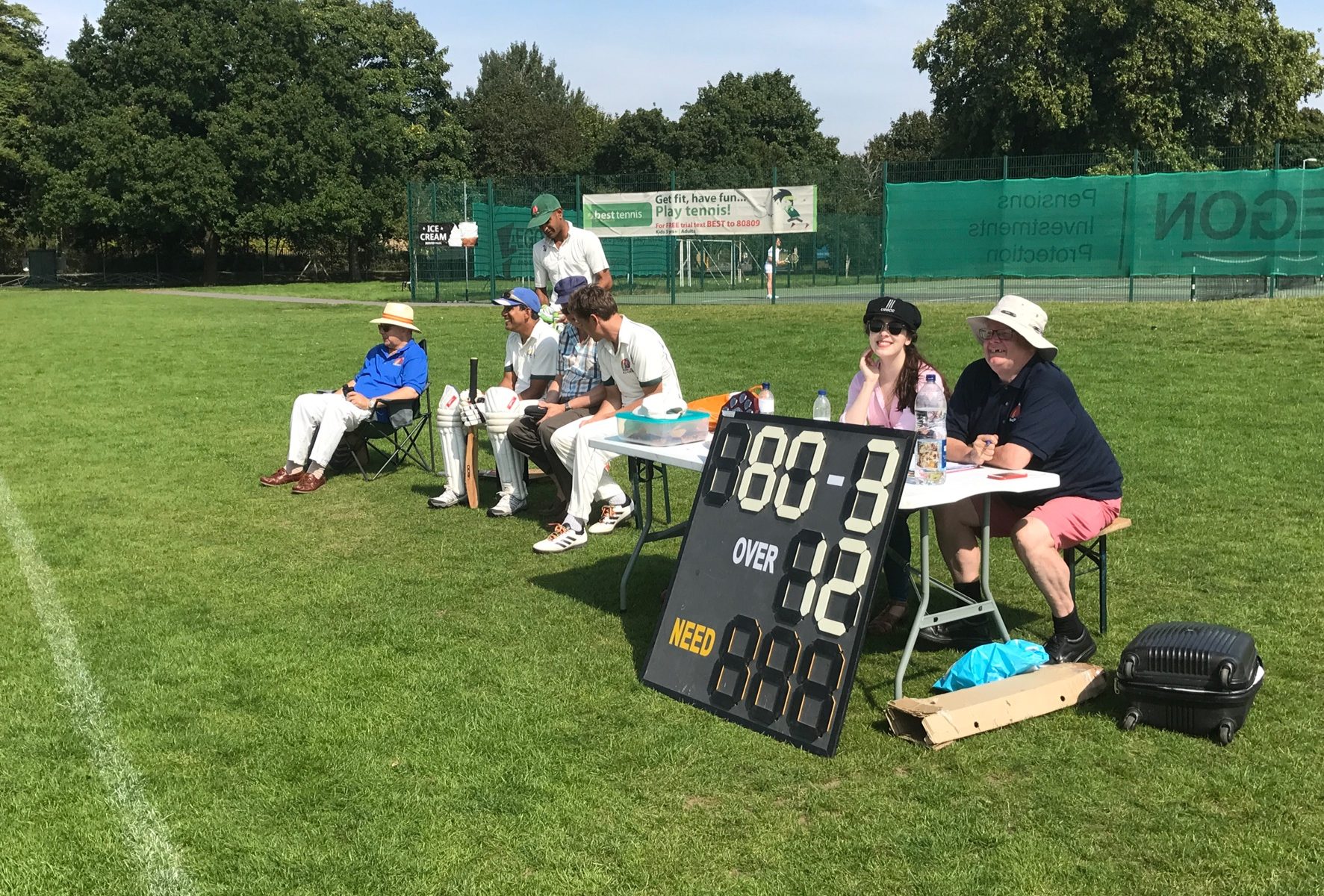 Match report – once again thanks to Colin

Bank Holiday Blues (Skies)
The weather was better than forecast for the second day running in this holiday weekend. We were just able to make teams thanks to Rich who covered for Mamun in morning and seeing again Kamran and Dean. Stuart is Captain for this format. We played in the Green Kit so were highly visible and unified.
The first game was a potential rerun of last time final as opponents were Clapham. From a stronger start we wound down to set a target of 84 which Clapham managed in 13 overs without loss of wicket.
After a surfeit of food to share with contributions brought along by players and supporters we faced old foes Roehampton Bats in the second.
This was a challenge and eighth over before we took their first wicket. They also had some depth so we had a target of 154 to reach. We stayed the course only losing five wickets and kept alive hopes of victory even when 20 required off last over. We fell short but had acquired 141. We also enjoyed the cricket.
Afterward some made it to the popular Red Lion where Roehampton organiser Mark passed on the shield to Goodenough who had set Clapham a target of 180 that was missed by quite some margin.
And then there was an applause from the sky as a heavy storm emptied the garden. Before that all four teams had a great day and Roehampton feel one step closer to perhaps making a final match but that will be divined in August.
Particular highlights of our games were – Batting Leo 57* (2) Dean 39 (2) Scott 19 (1)   Bowling   Mahender 3-1-3-0 (1) Ronnie made an excellent return so that Dan Webb was run out. Scott kept wicket with no byes awarded first then Jonners took the gloves for the second.
Hopefully next week when we visit Loughton more of our all rounders are present as we worked hard to achieve as a team but just lacked a little intensity on the whole.
As ever I believe we had the best support and it was good to welcome Anthony Jeremy Matthew Phil and Robert to Barnes
Wednesday 6th July 2022